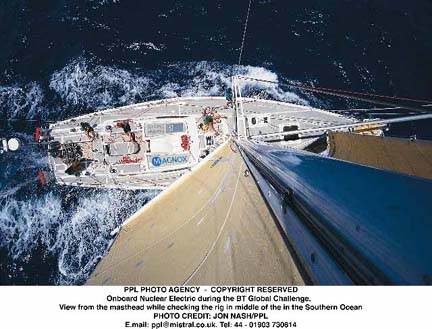 How’s this for adventure? Jon Nash, a world class maritime photographer, participated in a 6,600 mile sailing race around Cape Horn! 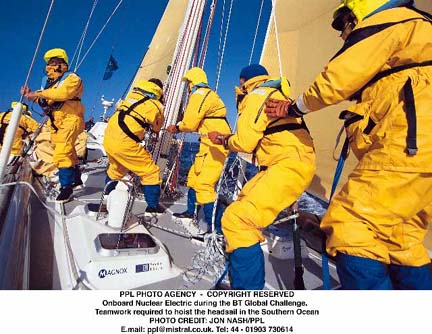 Jon was in Rio to photograph the completion of the first stage of the 1996/97 BT Race around the world when he decided he had to participate, not just photograph. He managed to raise the money he needed, and joined the crew of the Nuclear Electric for the grueling six week journey around Cape Horn. 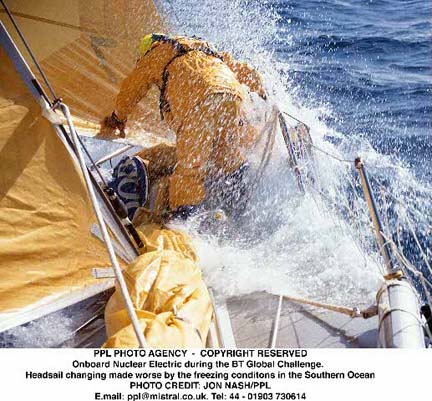 The team worked on through the freezing, torturous winds, waters, and waves, striving through emotional highs and lows, building that camaraderie and teamwork essential to not only surviving but also to completing the race. 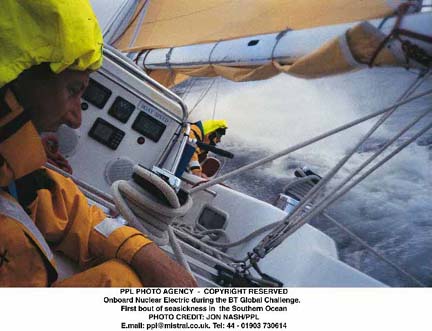 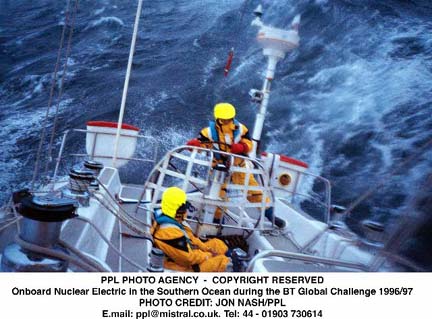 In the end, it was worth all the toil and trouble. 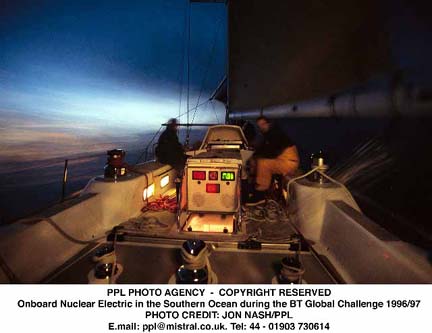